Pied-billed grebes are back at this Coquitlam lake — and hatching 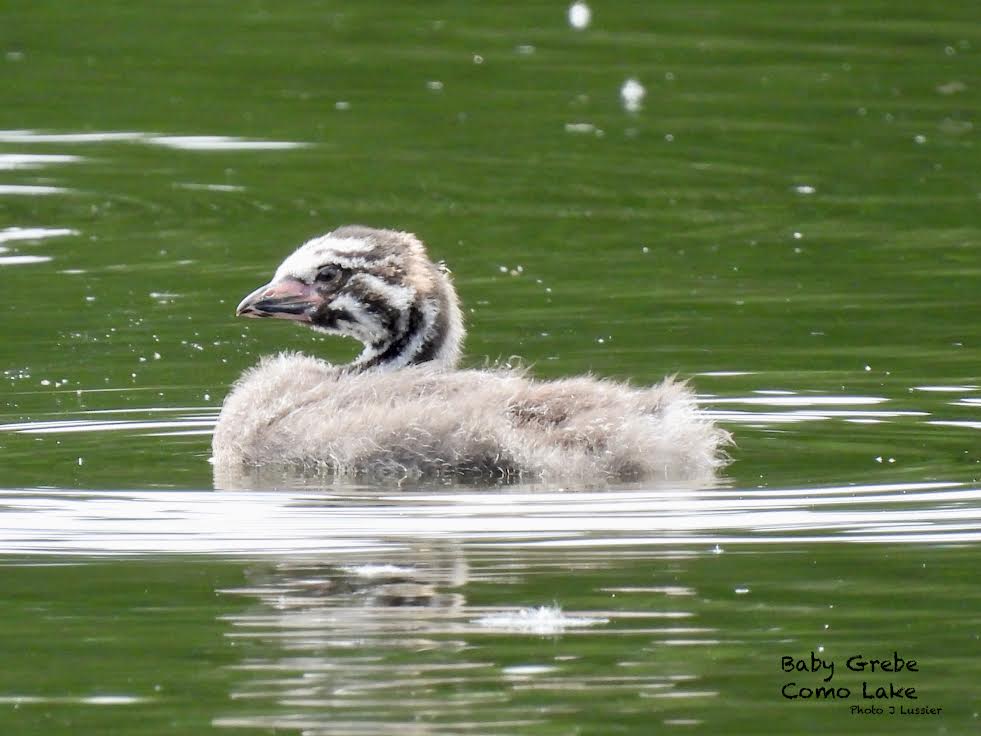 With wetlands in decline around the world and in our own communities, many species of animals and plants are being lost.

After a seven-year absence, a pair of pied-billed grebes, known to be small, shy water birds, made their nest in the reedy wetland at the northern end of the lake, and successfully hatched five youngsters.

Pied-billed grebes are uncommon and seldom seen in the ponds and lakes of the Lower Mainland.

They nest on floating patches of vegetation in dense cover like cattails, where they are safe from most predators. They are very sensitive to human disturbance such as fishing, boating or infringement on their habitat.

Most grebes only have one or two offspring a season. The young leave the nest almost immediately and sleep on their parents’ backs. These parents at Como Lake had a big job, feeding five. On the menu were small fish, tadpoles, water insects and some water plants.

At first, both parents dived to catch such morsels to feed their babies. After only a few days, they could be seen patiently encouraging the little ones to tip their heads back and gulp down the mouthful.

The chicks floated in line, awaiting their turn, the largest, presumably the oldest, down to the younger and smaller ones.

Young grebes cannot dive when first hatched as their feathers are downy and keep them buoyant. They are brightly coloured, unlike the brownish grey adults, with a series of black, orange and brown stripes over the head and body, which turn to adult colours by their fourth week. They are diving for their own food well before this.

Members of the Burke Mountain Naturalists and several BCIT students have been collaborating with environmental staff from Coquitlam city hall on various projects around Como Lake for the past four years in an attempt to restore some natural habitat for plants and animals. A large area in the wooded habitat has been cleared of invasive plants.

The white buoys on the lake at the northern end mark the limit for boating and fishing. This had been expanded this year, allowing more room for the birds to feel safe from disturbance. We feel this has made a big difference to secretive nesting birds such as grebes.

The efforts of volunteers to return Como Lake to a more natural state are having some success. It is a small natural oasis in the human world that surrounds it.

Hopefully, over time, more creatures will find a home there.

Several times a year, Burke Mountain Naturalists volunteers work at the park with city staff to remove invasive plants such as blackberry, ivy and holly. This summer we also clipped the seed pods of yellow flag iris which is spreading around the lake.

If anyone is interested in joining one of our work parties, please contact the Burke Mountain Naturalists at BurkeMtnNats@gmail.com.